I’m grateful to report that, once again, I’m going to flap my butterfly wings and fly into a new way of living. What does that mean?

Today I updated my LinkedIn profile, http://linkd.in/1yfhRm5. It reflects my new position as Territory Manager for Global Industries. “Whaaaaat”….I hear many of you say….that’s right….I’ve returned to the world of office furniture sales! Even I’m surprised at this turn of events. Just goes to show that life continually surprises us with its twists and turns (as one of my inspirational cards states).

Right off the bat let me assure you that Words and Watercolors lives on in the very capable hands of John Frisch/Leewood Press! I’m ever so grateful for how the Universe and prayer works. Answers come that truly are divinely inspired because I could not have planned the unfolding of the last few months.

To provide context, let me explain the background for these changes. As many of you know my Mom passed away last October. She was 96 years old. She’d lived a good life and I was happy that she was, finally, able to meet “the Good Lord” as she referred to Him. What I didn’t know was that I would experience grief. My Dad had passed away 12 years prior and though I knew I had experienced grief at that time, I didn’t recall the depths it could take one. Afterall, I continue to have an ongoing dialogue with Dad today. I have an uncanny eye for finding pennies anywhere and everywhere…on the sidewalk, on the street, in my pockets…I pick them up and say “Hey Dad!”. I believe the pennies (pennies from Heaven) are Dad’s way of telling me that he’s nearby, watching over me. And that he has all these years. I’ve yet to find a way to communicate with Mom but I trust it will come someday. At any rate, I missed her something fierce. She, along with Dad, always believed in me and encouraged me to do whatever I wanted to do. She loved the fact that I built Words and Watercolors from scratch to where it is today…and she supported it not only emotionally but financially assisting with funding.

The week after my Mom passed away my daughter Emily called me and asked if I were sitting down “No, but I could be”…so I sat and then listened to her say that the pregnancy test she took was positive. “Oh that’s perfect Em!….I’ve moved up to where Mamoo was and now you are in the middle and the baby will be on the end!” I exclaim. The reality of learning I was to be a grandmother in 9 months was a shock as well.

In addition, last fall Mark had faced up to the reality that though Words and Watercolors was paying for itself, it wasn’t paying me much and in order to take it to the next level, another infusion of dollars was needed. He suggested I “get a job”. I recoiled at the idea and couldn’t imagine what I’d even do?!? So months went by as I assimilated the changing nature of my world.

Grief combined with the reality of my business combined with wonder of becoming a grandmother completely rendered me ineffective in nearly everything I tried to do. I couldn’t see the future, no matter how much I tried to peer into the crystal ball. I knew I should be developing products for the 2016 catalog but I couldn’t even imagine that there would be a 2016 catalog. I had a difficult time making the phone calls I needed to make to reps and retailers. I couldn’t even paint. I was frozen. Literally. When I saw one of my dear, dear friends in early April and she expressed her deep concern for me, I realized I couldn’t solve my problems on my own. Thankfully through my friends, I found help in a woman, a business coach, who is amazing and provided the insight that allowed me to view my world in a different light. I realized that in order to see my grandchild grow up, I’d need to have a source of income that was predictable. I wanted to be able to not only see the baby (paying for flights to Seattle) but also purchase whatever I wanted to help the young parents. And yet at the rate I was paying myself, none of that would happen.

So with Brenda’s help, I was able to open up to the idea that I could once again find meaningful work and create a new vision of my world. I laughed at the absurdity of my book that had been published last fall, Imagine the Life You’d Live to Live, Then Live It. I believed its message and still do because as I wrote in my journal, I was “Re-imagining 2.0!”. Most people weren’t aware of my Re-Imagining because I wasn’t posting about it on Facebook. Because as we all know, what we post on Facebook is all about our wonderful life at the moment. And I would post things I was happily engaged in, just not the things that had me worried to indecision and ineffectiveness.

Sarah, graphic designer extraordinaire, as I’ve always referred to her (she did create the branding look of Words and Watercolors after all), helped me update my resume. I tried responding to a few jobs by the internet (no response) but it wasn’t until I talked to Monique Lecomte again in April (we worked together at Knoll in Seattle years prior) that I decided to reach out to the recruiters names that she had given me in early February. What surprised the heck out of me was within days of sending out notices to recruiters I had 2 very good opportunities to pursue. Those, plus one I’d discovered on my own, allowed me to begin the interviewing process and truly see the world differently. I had so much fun interviewing. I realized how much I had missed the world of sales. I missed desperately the feeling of being part of a team…of something bigger than myself. I couldn’t wait to have customers/clients/friends again. I was excited! What a change!

And so it was that May was spent interviewing and by June I had accepted a job. Thankfully with a long lead-time before I began which allowed for me to spend 9 days in Seattle after Ian Matthew Bergstrom was born (I missed the birth by a few hours). He was a 9lb 1oz bundle of pure JOY!

And here we are on Friday, July 17, 2015. The evening after my first full week of work (well let’s say PAID work as I’ve been working long hard hours), in years, and I’m happily posting this news of my “status change”!

I just want to pick him up and love him something fierce!

Only 2+ weeks old but he is filled with wisdom! 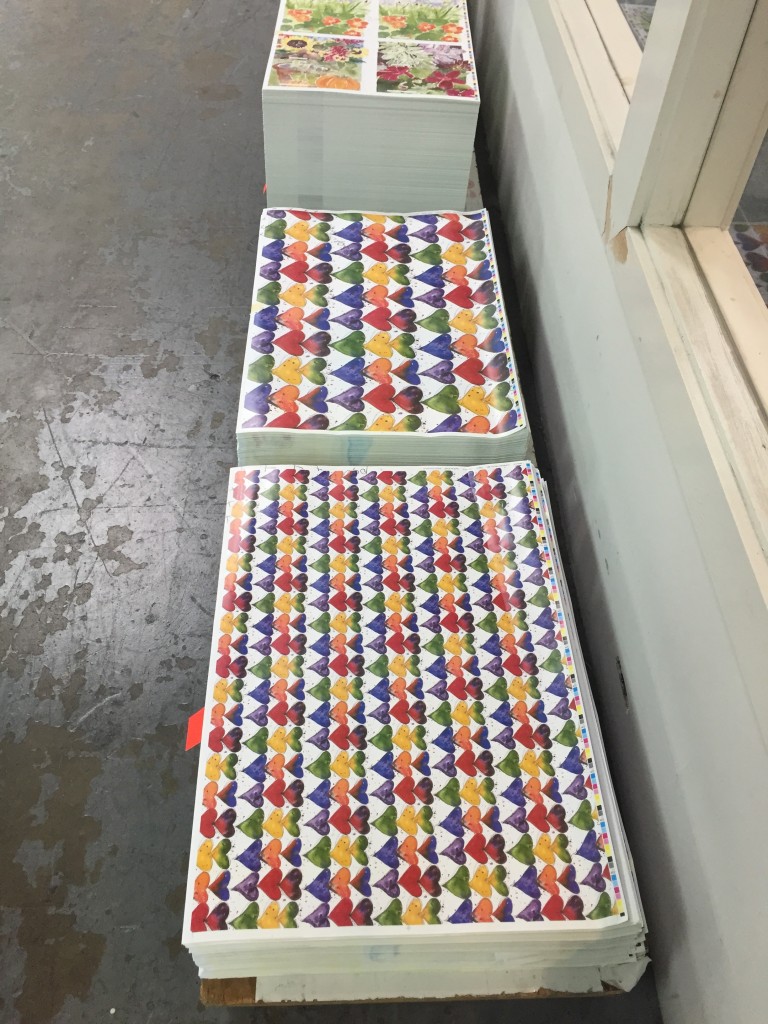 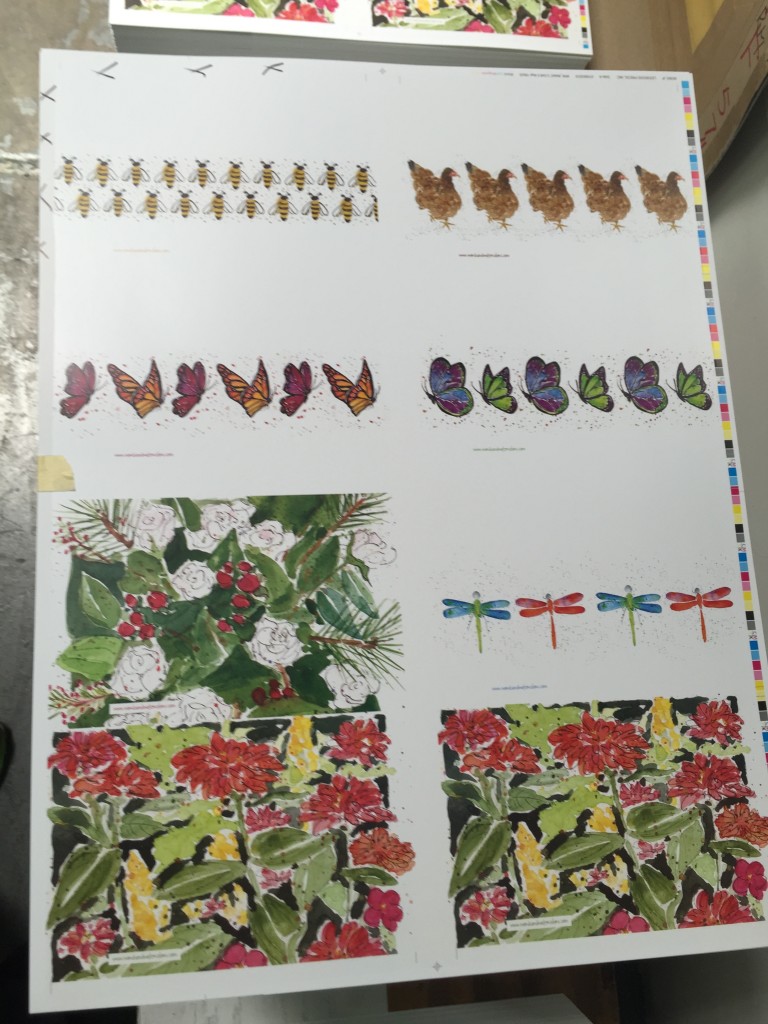