My heart literally skipped a beat as I walked into the de Young, the San Francisco Art Museum, and saw a colorful display of my boxed notes and list pads!  I could hardly talk as I tried to explain to my cousin and her husband, who were visiting from Seattle, how I had met with the buyer in the fall and she had told me that my product would most likely be put out sometime after the Holidays.  These would be perfect for the “Bouquets to Art” show she stated, explaining that this year is the 30th anniversary and they expect even more visitors than ever for the 6 day show.  She also mentioned the O’Keefe show  but even then I wasn’t prepared to see the long line of product stacked up ever so perfectly, inviting people to come pick up a box or two and then grab a list pad!  I stumbled around as I fished my phone out of my pocket and asked my cousin to take a picture of me.  Then as I gathered my wits about me, I began taking a few more pics of the display as I knew this was something to note not only in my blog but I wanted to post on my Facebook page!

I returned again last weekend, when the O’Keefe show officially opened, to not only see the show but also take better pictures of the display!  The O’Keefe show is magnificent.  There were a few pieces that stopped me in my tracks with their color/line/composition.  Simply stunning.  The period of time is focused on the years O’Keefe was  living at Lake George with her husband Alfred Stieglitz.   Filled with Nature images of flowers, trees, leaves, the Lake, it is breathtaking to walk through.  But if you go, make it early as possible in order to avoid the crowds.  Kelly, the buyer, suggested that to me and it worked.  We arrived Sunday at 9:30am.  The show was getting busy as we walked through and by the time we purchased our postcards and prints from the show there was a much longer line waiting to view it.

Thank you Kelly Chin for bringing Words and Watercolors to the deYoung! 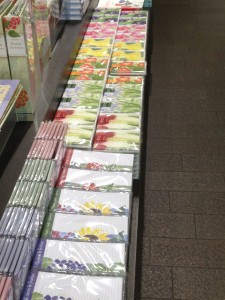 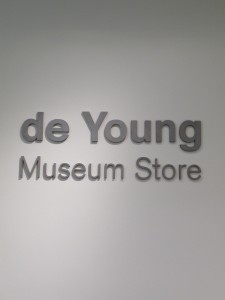 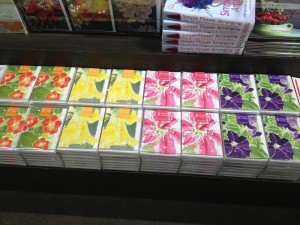 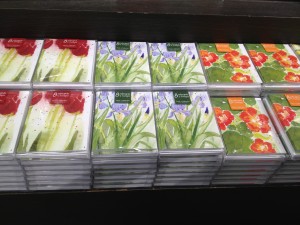 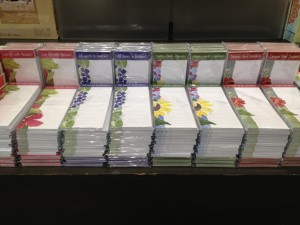